QR Codes! What Are They?

You may have heard about QR codes, these are known as Quick Response Codes and it is a barcode in effect which consists of little black modules which have been arranged within a square pattern and when scanned by app through say a smart phone then various details can be found at ease.

QR codes are going to be a big thing in 2012, already from 2010 to early 2011 there has been an uptake of this fantastic technology by 4589% and thus these are changing the way in which we choose to gain our information.

Product packaging is proving to be the place for these QR codes to be located. Believe it or not a massive 56% of QR codes appear on product packaging and this is a great way to get users with a smartphone to scan as they have bought the product and therefore it is something they like or are interested in.

Usually the majority of users scan these because they think they are going to get a deal or a special offer but in reality QR codes can give out information such as contact details or even lead you to a website.

Brick technology has a QR code set up which you can see here: 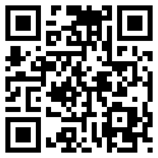 Why not scan it and see what information you get?

At the moment it would seem that the majority of people who choose to scan a QR code actually scan it by using an iPhone, 68% in total. Many people are not quite sure about QR codes as yet as they are a relatively new thing. Already they are huge in Japan but places like Europe, America and Australia are still catching up.

Hopefully people who are walking by will simply scan the QR code and then be able to see the businesses information, pricing, reviews and recommendations as well as the “like” button. This theory has been taken one step further when Tesco brought their stores to the subway. Integrating online shopping into the offline world is quite something and with many rejecting the idea as something which wouldn’t work we were pleasantly surprised when it did!

In Korea Tesco brought their stores to the subway without having to physically have another store in place. Korean people are the 2nd most hard working country and thus for Tesco they seemed to be a ideal candidate to bring life like shopping to subway stations in order to make it more convenient for people to shop.

Users or rather “shoppers” scan a QR code with their phone and then the product lands into a shopping cart online. When the online purchases are completed the products are delivered to their door that very same day! Believe it or not 10,287 consumers visited the online Tesco store through this campaign.

For more information concerning QR codes and how they can help you and your business as well as integrate them into your business then please contact us today, call us on 01254 277190 or email info@brickweb.co.uk.